As my esteemed colleagues,  I felt I had to introduce the supporting cast before they come along to your home or school. I work with a variety of amphibians, birds, invertebrates, mammals, and reptiles who have a range of unique personalities and back stories (such as being found in someone’s suitcase before joining my mobile zoo!).

Tallulah is my beautiful little girl, and loves to run around and eat worms and crickets. She can be a bit shy at times and seems to spend a lot of time thinking about food. Meerkats live in big family groups (up to 35 meerkats can live together in almost-perfect harmony), but they’re very territorial so they like to make sure other gangs of meerkats know that it’s their home.

Like most meerkats, Tallulah’s not a very fussy eater and loves insects, millipedes, crickets, spiders, and worms.

Owls usually sleep during the day, but they make a special exception if they’re invited to a good party. The Ancient Greeks used to associate owls with wisdom, and they’ve never quite forgotten it (they still like to think they’re pretty clever). When owls fly, it’s almost silent because of how their feathers grow, and they have incredibly strong talons which they use for catching prey and for holding onto my arm as a perch.

We rescued Juliet 13 years ago and we’re really pleased to have her as a member of the family.

Like most monitor lizards, Boo-Boo is really clever and has a high metabolism, which means that she can keep her svelte figure even after tucking into a buffet of crickets, worms, fish, rodents, and even the odd egg. She doesn’t like the cold though, so doesn’t come along to parties unless she knows she’ll be nice and warm. Boo Boo was kindly given to me on loan from Amey Zoo, who do fantastic work providing wildlife for shows with David Attenborough and the Deadly 60 Show.

The slithering snakes you’ll meet are either false water cobras or rat snakes. They love to climb, burrow, and sometimes even swim. Even though the snakes are predators, both species are kept as pets. Any rat snakes you meet are sadly unwanted pets and will be accompanied by someone from higher education to teach the children about the snake’s diet.

Gumbo never quite grew out of playing tag, and you’re it! We have loads of fun chasing and catching Gumbo at parties, and he definitely likes the delicious rewards afterwards. Frog catching was a fantastic introduction to wildlife when I was a child, and it’s not always about catching the toad since it’s also fun to see animals in our gardens too.

Lady Gaga the tarantula might not have any hit singles, but she’s definitely got the attitude to go with it. Tarantulas look scary but most of them aren’t dangerous to humans – they’re just a bit hairy! Unlike most animals, female tarantulas are actually bigger than males and they’re a lot more colourful. Maybe that’s why Lady Gaga is such a diva.

In the wild, scorpions like to hide in smaller, dark places which means that in some countries you need to check for scorpions before putting your shoes on. We found Pinchy in somebody’s suitcase and invited him to join in our little mobile zoo. He happily accepted and has been travelling to kids parties with us ever since.

I just wanted to say a big thank you to Safari Pete for his great entertainment at my son’s party today. We all had a fantastic time, Pete was excellent with the children and the other parents seemed just as interested as well – I think they wanted to book a grown-ups Safari Pete party! Zack asked me at bedtime to book Safari Pete for animal parties until he is a grown up and can book his own parties. He absolutely loved it

-Rebecca and Marc Summer
We had Safari Pete do the show at our daughters’ birthday. I cannot emphasize just how great the show was and how fabulous Pete was!! Not only were the children captivated but the adults were blown away as well. Everyone has been raving to me about the show post party and I thought it would be good for all of you to hear that it is definitely one of the best birthday entertainment around! Safari Pete was spot on with the children and he is obviously very good at his job which is undoubtedly his passion as well. Thank you all for making our two daughters’ birthday party absolutely thrilling, you couldn’t have made my two children and all the guests happier!!

-Sacha Lamey
Please pass on my thanks to Safari pete for the party he did with my daughter on Sunday. It was absolutely amazing! The children loved it and so did the grown ups! 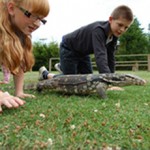 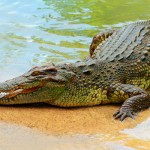 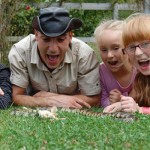 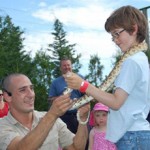 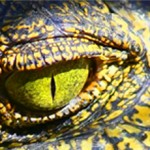 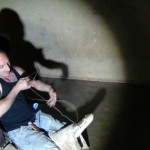 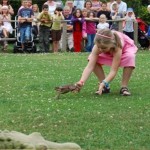 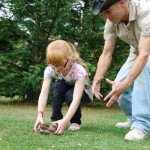 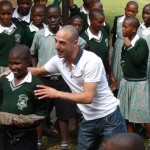 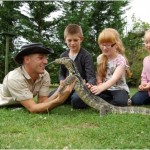 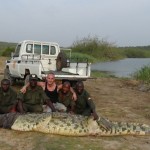 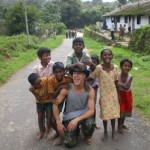